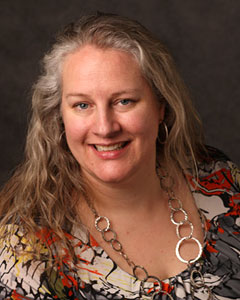 The Professional Institute of the Public Service of Canada

Jennifer Carr was elected President of the Professional Institute of the Public Service of Canada (PIPSC) on November 6, 2021.

Jennifer has worked in the federal public service for close to 20 years in a number of capacities. Until her election as president, she was an environmental engineer at the Department of National Defence (DND), where she helped ensure the air quality in Canada’s submarines. Her time with the federal public service has provided her many opportunities, including working at the Canadian Forces Base in Cold Lake Alberta.

She has been an active member of PIPSC for two decades. Beginning as a steward in the SP Group and later sitting on their Group Executive, she later joined the Engineering, Architecture and Land Survey (NR) group’s bargaining and consultation committees before being elected to its executive. She most recently served on the PIPSC Board of Directors, representing the National Capital Region. Jennifer is bilingual in both of Canada’s official languages.

Jennifer’s priorities as president include increasing members’ engagement in their union and strengthening representational services.

The mother of 3 children, Jennifer lives in Aylmer, Quebec.