On May 25, 2019, more than 80 PIPSC members attending the Prairie/NWT Regional Council marched in the “Solidarity Forever Parade” in Winnipeg. The parade was part of the celebration of the 100th anniversary of the 1919 Winnipeg General Strike. It was a proud display of solidarity as more than 2,000 union members participated in the parade.

Photo 1:Delegates before checking into the parade 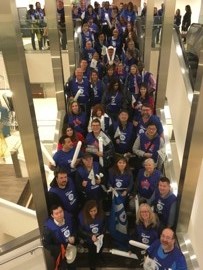 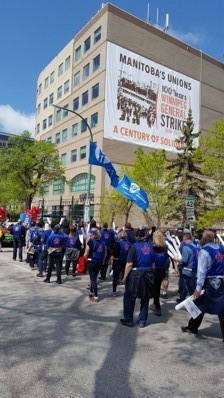 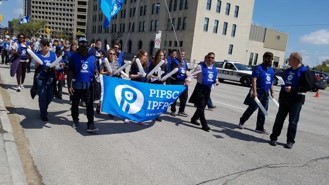