Canadians understand the connection between a prosperous economy, a compassionate society and a fair and impartial tax system. Few enjoy paying taxes but most understand the importance of doing so. Taxes fund the public services that make us healthier and safer, protect the environment, and nurture a stable economy in which businesses can thrive and compete.

A healthy tax system should be defined by fairness and integrity. The rules must apply to everyone. Unfortunately, as long as taxes have existed, some have looked for ways to avoid paying them. Over the last fifty years, an increasingly complex and opaque global commercial landscape has emerged – one that provides many wealthy individuals and corporations the opportunity to use their superior wealth to look for a shelter or haven where the tax rules don’t apply. While these privileged few get a reduced tax bill, governments lose revenue for public services, resulting in either service cuts or tax hikes for everybody else.

For decades, public opposition to these practices has grown. A tipping point occurred in 2016 when the International Consortium of Investigative Journalists (ICIJ) released thousands of files detailing the ins and outs of this type of illegal and unethical behaviour. The “Panama Papers” shed light on these shady practices and provided numerous examples of the people who facilitate aggressive tax evasion and avoidance, as well as those who benefit from it. In 2017, the ICIJ followed up with the “Paradise Papers,” disclosing the names of 3,000 Canadian companies, trusts, foundations and individuals affiliated with an offshore law firm.[1] More recently, the Canada Revenue Agency (CRA) has estimated Canadians already have as much as $240 billion hidden in tax havens (a loss of up to $3 billion in tax revenue every year).[2] Increased media attention from these revelations has significantly raised public awareness. Never before has the concept of tax fairness been so prominent in the Canadian public’s consciousness.

The Professional Institute of the Public Service of Canada represents almost 12,000 professional employees at the CRA. These members are skilled professionals and knowledgeable tax experts who ensure powerful corporations and wealthy individuals remain just as accountable as the rest of us.

In February of 2018, PIPSC conducted a survey of the entire population of professional staff at the CRA, including auditors, managers, forensic accountants, economists, statisticians, and actuaries.[3] The purpose of the survey was to gather input on a variety of issues that affect the work lives of PIPSC members. However, the findings go far beyond the CRA itself.  These responses by thousands of tax professionals with special knowledge of the inner workings of the tax system provide a unique opportunity to see how the opinions of experts align with many commonly held beliefs about the fairness of Canada’s tax system. Nobody knows better how income from all sources is assessed and turned into tax revenue. The results therefore represent an eye-opening account of some troubling concerns that currently exist.

In this report, and two subsequent reports to be released shortly, we will examine what CRA tax professionals consider the major threats to a fair tax system, the resources required to maintain it, and the policies needed to enforce it.

One of the first tenets of a fair tax system is the belief that responsibilities should be distributed fairly across different income levels as well as small businesses and large corporations. Much of the criticism levelled at Canada’s tax system is that, while it is designed to be fair, it’s easier for some to get around the rules than it is for others. In fact, when asked recently by Environics Research if “It is easier for corporations and wealthy individuals to evade and/or avoid tax responsibilities than it is for average Canadians,” nearly 8 out 10 of those surveyed (79%) agreed (46% of them strongly).[4] As PIPSC’s own survey shows, Canadians can now take some small comfort in knowing that this perception is shared by by 9 out of 10 (90%) tax professionals at the CRA (70% of them strongly). 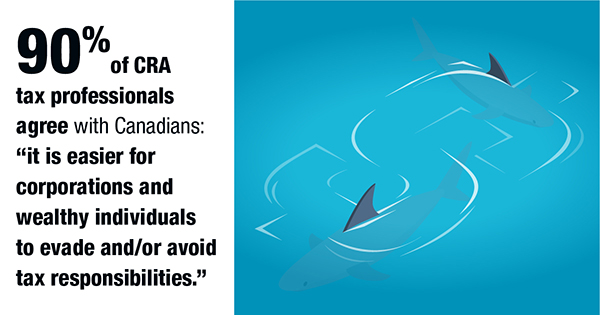 These responses validate the widely held belief that those with the means are able to shirk their tax responsibilities while everyone else is left to pick up the slack.

If Canadians and CRA tax professionals agree that it is easier for some more than others to take advantage of the system, knowing how the wealthy and corporations take advantage is critical. When asked in our survey, over 8 out of 10 (81%) of CRA tax professionals who responded agreed that “Tax credits, tax exemptions, and tax loopholes disproportionately benefit corporations and wealthy Canadians compared to average Canadians.”

In almost every federal budget there are announcements meant to provide tax relief to certain groups for a variety of intended reasons. When we examine decades’ worth of these credits and exemptions, we see that these “tax expenditures” are not being distributed fairly. Over the last 25 years, the richest 10% have seen their annual return from tax expenditures grow by $6,000 per person while middle- to-lower-class Canadians have seen their benefit shrink over the same period.[5]

But tax credits and loopholes are only part of the story. When asked if “Multinational corporations shift profits to low-tax regions even when there is little to no corresponding economic activity taking place in that jurisdiction” 3 out of 4 CRA respondents (75%) agreed – more than half (52%) strongly. The statement (and the response) reveals how the new landscape of international commerce puts governments at a distinct disadvantage when trying to collect taxes from corporations that prosper within their borders. Multinational companies benefit from Canada’s infrastructure, rule of law, health care and educated workforce, but some avoid paying their fair share of taxes by booking profits in offshore tax havens. CRA corporate auditors see the practice every day and do their best to ensure companies operate on the level. Unfortunately, many such forms of “profit shifting” remain legal.

Letting the Bad Guys off the Hook

CRA professionals are among the best in the world at what they do, but they are up against formidable foes. Their job is to go after individuals and entities that, in effect, have unlimited resources and can aggressively exploit legal and international grey areas for their own gain. The CRA by comparison has surprisingly limited resources. In 2012, sweeping budget cuts were introduced to the agency. As a result, spending levels and staff counts have yet to return to pre-2012 levels. When adjusted for inflation, a $500-million annual budget shortfall exists between 2012-13 and today.[6] (This level of underfunding doesn’t make sense. Not only does tougher enforcement result in a fairer system, it also more than pays for itself. The finance department’s own numbers show a ten-dollar return for every dollar invested in combating international tax evasion and aggressive tax avoidance.[7])

Our survey of CRA professionals highlighted some of the issues that have arisen due to this underfunding. Asked if “Training and technology advancements within CRA have not kept pace with the complexity of tax avoidance schemes,” 79% of respondents agreed. This confirms that CRA professionals often feel outgunned by the people trying hardest to avoid taxes. These companies and individuals play shell games that combine vast international networks, multiple corporate entities, blurry ownerships and multiple, complicated transactions. CRA auditors should have every tool at their disposal to level the playing field.

The 2012 budget cuts to CRA were accompanied by organizational changes. One of the primary objectives was to collect the same amount of revenue with less funding and fewer staff. The fallout included reducing the capacity of regional CRA offices.[8] From the perspective of CRA professionals, an unexpected consequence of this action was the creation of pockets across the country where there is not as much enforcement.

Asked if “The CRA has adequate audit coverage capacity to ensure tax laws are being applied fairly across the country,” only 16% of respondents agreed. This shows the extent to which the cuts and organizational changes introduced in 2012 remain a problem today. 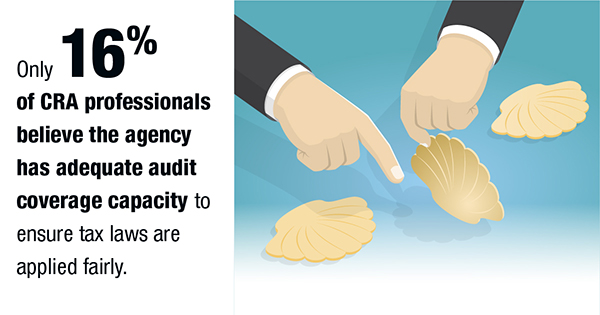 When asked if “The CRA can do more to increase revenues without raising taxes by better enforcing tax laws that are currently in place,” over 8 out of 10 respondents (84%) agreed. This reinforces the point made earlier that enforcement more than pays for itself. The Conference Board of Canada estimates tax evasion and avoidance cost the federal government $8.9 billion to $47.8 billion every year.[9] Tax professionals know firsthand that one of the simplest ways to make the system fairer is to ensure the rules apply to everyone.

Tax fairness advocates and CRA whistleblowers have identified some serious concerns about political interference at the CRA as well as troubling accusations about how the CRA’s reorganization shifted the agency’s focus from big tax cheats to individuals, charities and small businesses.[10]

The goal of the public service is to be fair, impartial and evidence based. When asked if “The ability of the CRA to carry out its mandate has been compromised by political interference,” a surprising 45% of respondents agreed. This shows that the CRA, like many science-based departments under the previous Harper government, has not been immune to political interference in the way it carries out its mandate.

Specifically, when asked if “The internal restructuring that occurred after expenditure reviews in 2012 resulted in average Canadians, charities and small business being targeted more relative to wealthy Canadians and corporations” over a third (37%) of respondents agreed. This finding substantiates accusations that the CRA’s reorganization during the Harper years (a reorganization intended to collect the same amount of revenue using fewer resources) resulted in individuals and small businesses being targeted aggressively by computer algorithms that were triggered by overt, and frequently inadvertent, mistakes. This increased scrutiny of average Canadians came at the expense of the agency’s ability to target much larger tax avoiders, as the CRA ended up cutting some of the very experts it relied on  to unravel complicated tax avoidance schemes.

The results of our survey of CRA tax professionals validate many commonly held beliefs about the flaws that currently exist in Canada’s tax system. These findings provide further urgency to public calls for greater tax fairness and reform.

CRA professionals must be afforded the training, tools and resources needed to carry out their jobs. The CRA should receive appropriate funding to ensure tax laws are enforced equitably and that wealthy individuals and powerful corporations are just as accountable as middle-class Canadians. Tax laws also need to make sense so that those who try the hardest to avoid them end up paying their fair share.

In our next two reports, we will examine these resource and policy challenges in greater detail and provide more specific policy recommendations.

[3] Invitations to complete the Professional Integrity, Workplace Satisfaction and Tax Fairness Survey were sent to 11,599 members of the Audit, Financial and Scientific Group (AFS) at the Canada Revenue Agency between February 20 and March 6, 2018. Of those who were invited, 2,170 respondents completed the survey (18.7%).

[5] Preferential Treatment: The History and Cost of Tax Exemptions, Credits, and Loopholes in Canada. Canadian Centre for Policy Alternatives. May 2017 https://www.policyalternatives.ca/publications/reports/preferential-treatment

[7] What is Wrong at the CRA? And How to Fix It, Canadians for Tax Fairness, December 2015, http://www.taxfairness.ca/en/news/what-wrong-cra-and-how-fix-it

[8] What is Wrong at the CRA? And How to Fix It, Canadians for Tax Fairness, December 2015, http://www.taxfairness.ca/en/news/what-wrong-cra-and-how-fix-it 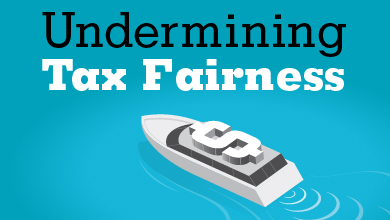 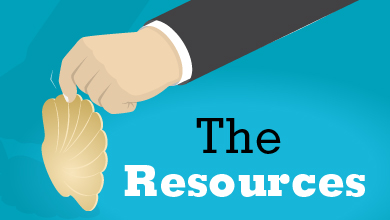 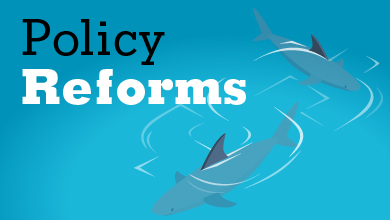