Just as we have seen in the public health system, the Ford government is pulling resources out of the public education system and laying the groundwork for private interests to profit from our students’ education. We must fight back. 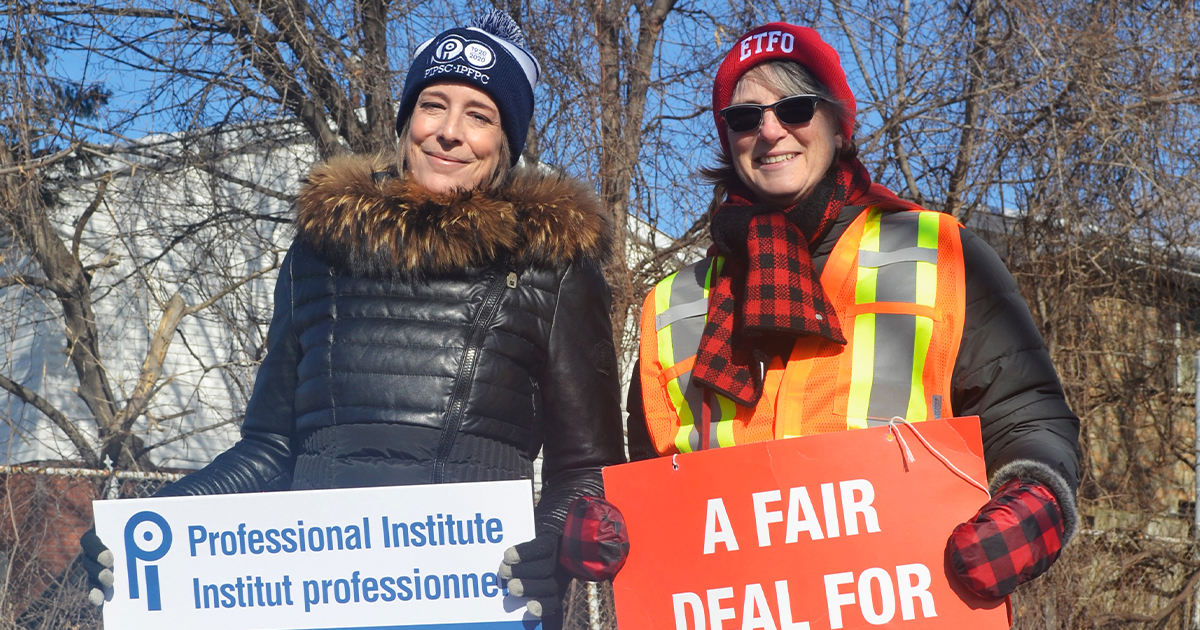 We encourage students, parents and all labour activists to join education unions on the picket lines to send a strong message to the government that they must stop the cuts that hurt kids.

We must fight back against the Ford government’s attack on workers.

We are proud to join eleven Ontario unions representing more than 250,000 provincial public sector employees in a coordinated Charter challenge against Bill 124. This unconstitutional legislation would allow the provincial government to impose salary caps, including for pensions and benefits, on a variety of unionized and non-unionized public sector workplaces.

We must fight in solidarity with education unions to protect public education.