These terms of reference define the composition and responsibilities of the PIPSC National Consultation Team for the Department of National Defence (“the Team”). They are intended to clarify the internal functioning of the Team within the framework of the PIPSC Policy on Union-Management Relations and Consultation Guidelines.

(Annex A demonstrates the relation between the structural components.)

2.1 The PIPSC National DND Consultation Team is Composed of:

For the purposes of the Team annual meeting and in accordance with PIPSC governance, if there are more than fifteen volunteers, delegates will be selected based on the following criteria: regional and sectoral representation, knowledge of DND and of the Institute and previous experience in local or regional consultation.

In accordance with PIPSC Governance, the National Consultation Team needs to include regional and sectoral representatives. Regional reps and alternates are responsible for representing all occupational groups in their regions. Team members will be selected according to Annex B

The Consultation Steward representing PIPSC membership on National Ad-hoc Committees may have a position on the PIPSC National DND Consultation Team. The representative will have a seat on the Team for the duration of the ad-hoc committee.

The Team may define alternate positions as necessary. The NCT may endorse the addition of any alternates to the team. NCT members may designate alternates as required. The NCT President reserves the right to appoint alternates.

The PIPSC DND NCT Executive consists of the NCT President, Vice President, Communications Officer and ERO. The Executive will coordinate the administration of the activities of the Team.

The Consultation Team President is the primary contact between the department’s deputy minister and its senior management level (Assistant Deputy Ministers).The role of the President is as defined by the PIPSC Policy on Union-Management Relations.

The Vice-President of the National Consultation Team assists and replaces the President as required.

The responsibilities, functions and roles of an alternate will be identified by the NCT president at the time of the appointment, for the duration of their appointment.

The Employment Relations Officer provides support, assistance and guidance to the NCT as required.

The NCT President will organize the National Consultation Team Meeting to be held annually, in accordance with the Institute’s policy on Union and Management relations. 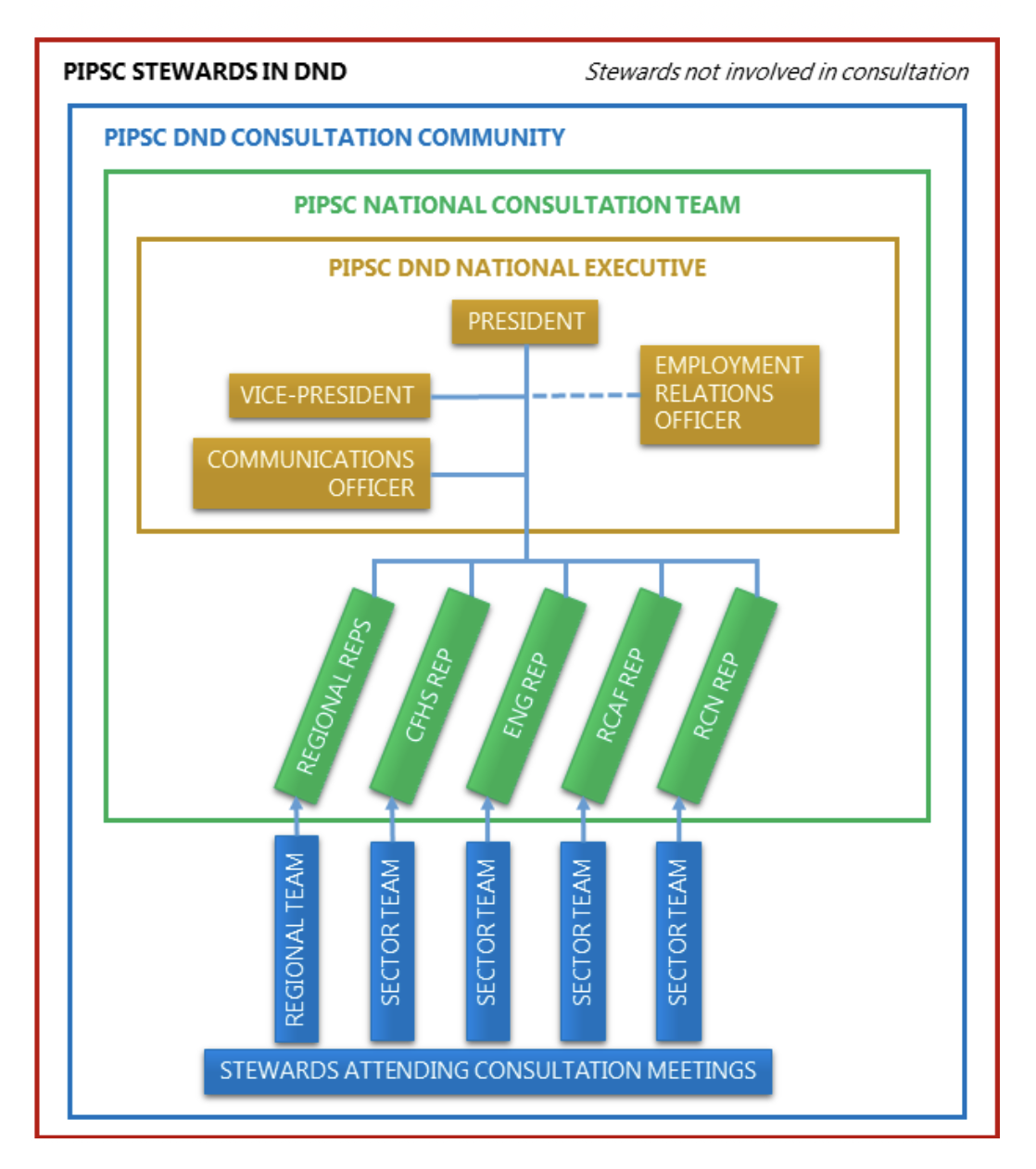 Approved at the Working Group on Consultation Meeting May 3, 2019.