On June 1, 2017 the Institute and the employer signed the RE collective agreement. This marks the conclusion of a successful and historic round of bargaining that focused the RE Group’s efforts on public interest bargaining issues such as the muzzling of government scientists.

The employer has 120 days from the signature date to implement retroactive pay. The work on a procedure to co-develop Scientific Integrity policies has begun for our departments and agencies in consultation with the employer.

Today’s signing of the RE Group collective agreement follows the group’s ratification in March 2017 of the tentative agreement reached with the employer in December 2016.

The Institute thanks members for their solidarity and support throughout the course of these tough negotiations. Although we have made significant progress, we still have a lot of hard work ahead of us. For many members, negotiations continue. The Institute will continue to fight to achieve improvements in collective agreements for all our members. It is important that all members continue to stand together in solidarity to support each other. Together we are strong. 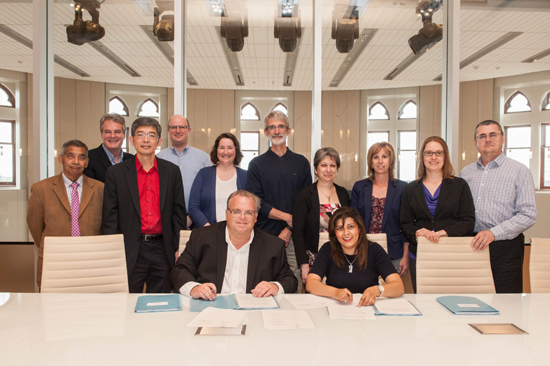