Earlier this year, PIPSC asked 27,878 membersNote [1]  to tell us if the Phoenix pay system has successfully paid out their retro pay.

The preliminary results of the survey reveal that more than 9% of members, as of February 2018, were still waiting to receive their retro pay which is in direct violation of the collective agreement.

Only 1 in 5 of survey respondents reported that they received the correct retro payment. There is a clear lack of trust and certainty about the amounts they have received. 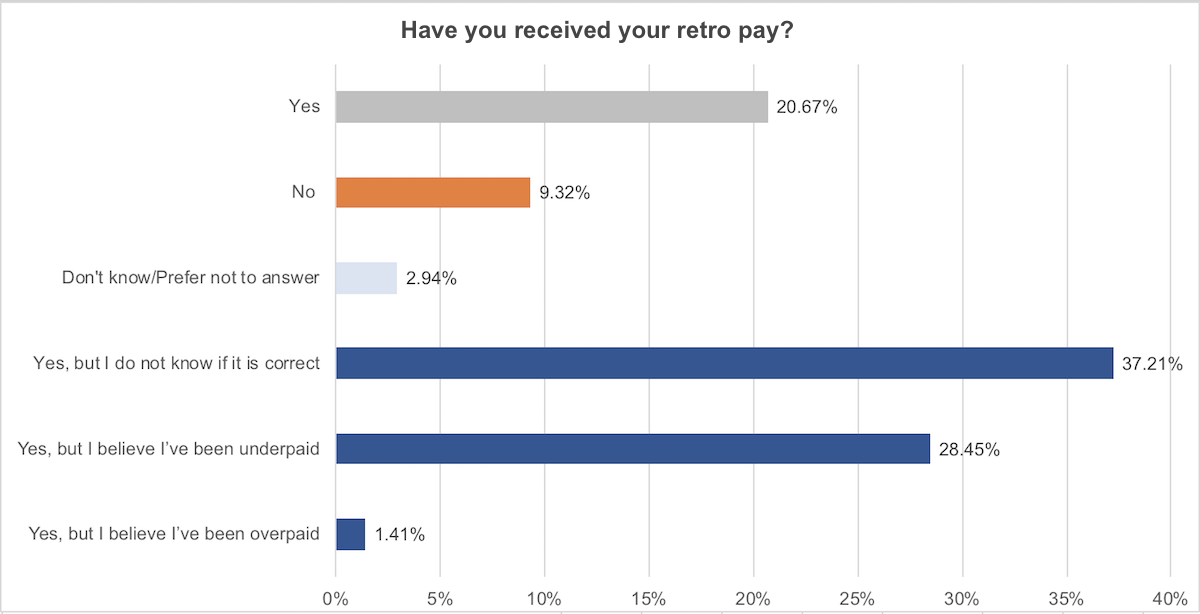 37% are unsure as to whether the retro pay is correct and over a quarter (28%) believe they have been underpaid.

Over 67% of members can't be certain that their retro pay is correct. 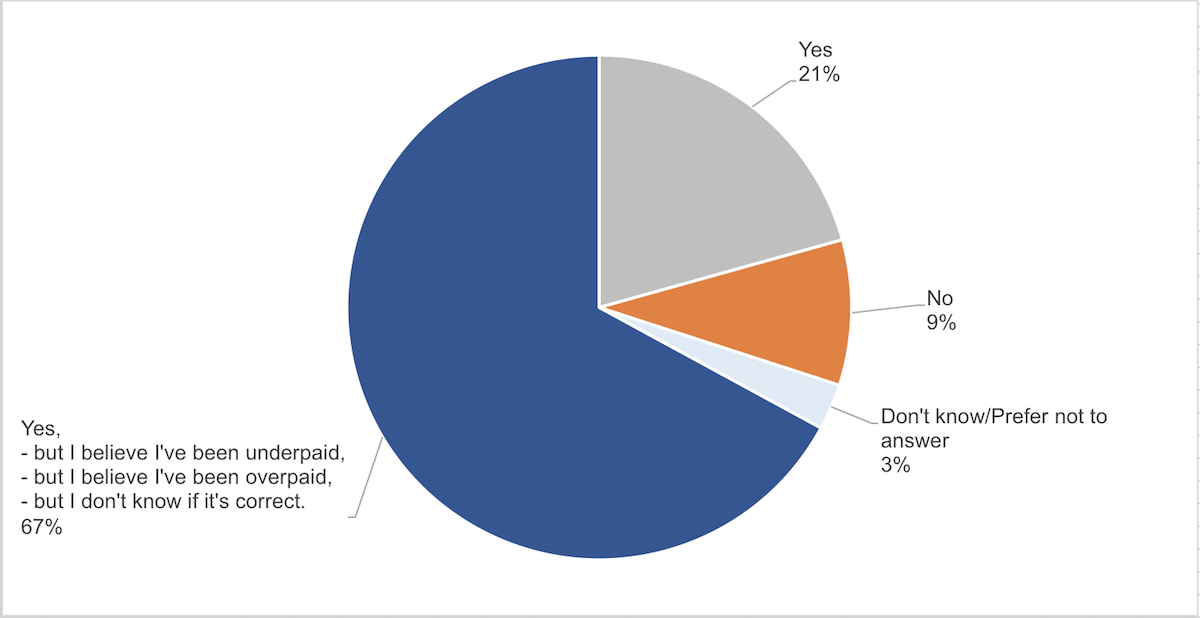 Take action by today to Nix Phoenix, visit: https://action.pipsc.ca/nixphoenix to send an email to the Working Group on Phoenix.