Government of Canada qualifies 3 vendors to advance Next Generation solution

Today, President Debi Daviau joined the Treasury Board to announce the next steps in the journey to replace Phoenix. This is an encouraging step forward.

PIPSC members, including President Daviau have been an integral part of the process and will continue to be consulted through piloting and testing. It is critical that we remain vigilant and ensure the process to replace the pay system stays on track 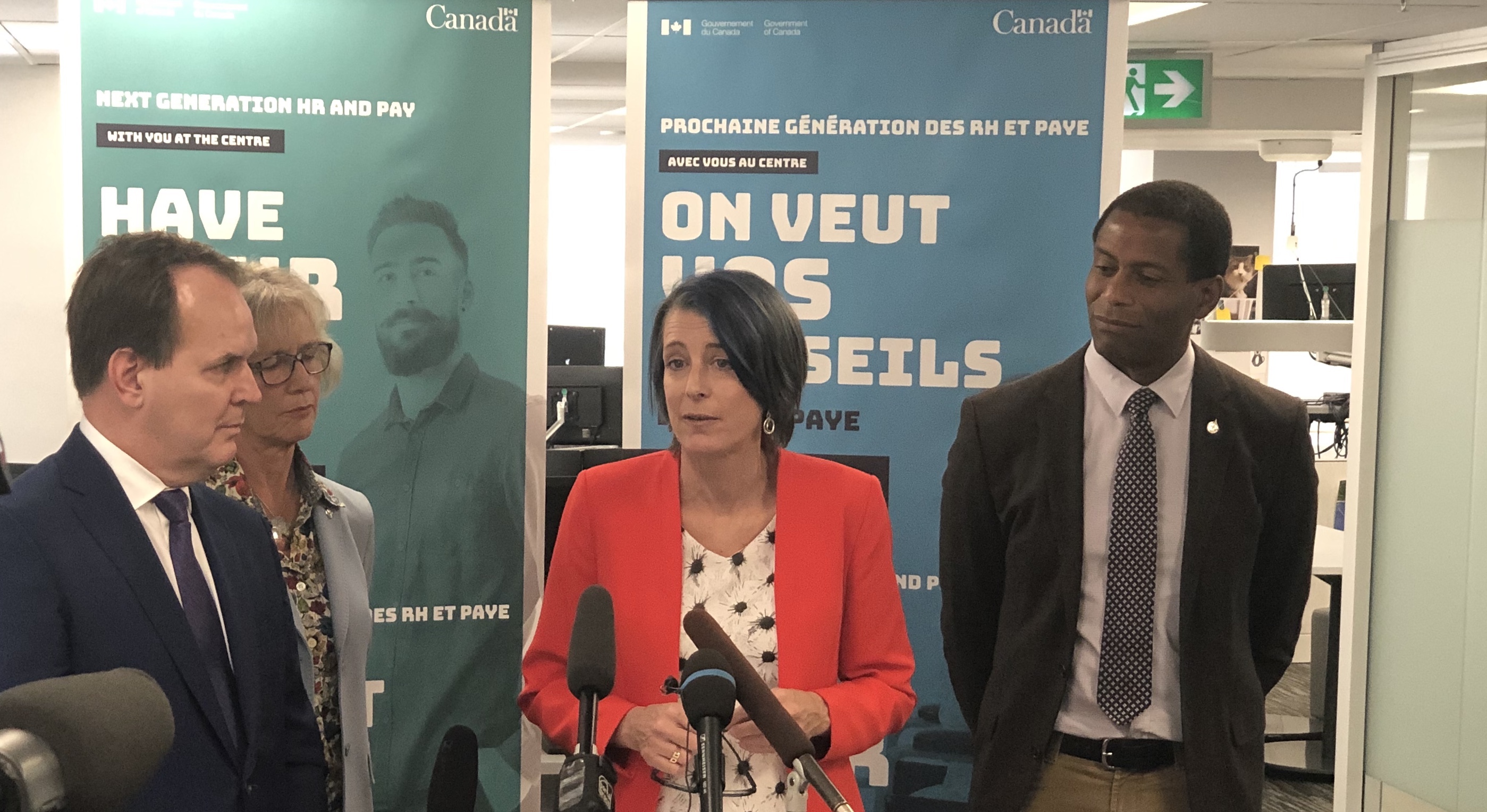 Details in the press release below:

Government of Canada qualifies 3 vendors to advance Next Generation solution

Canada’s hard-working public servants must be paid accurately and on time. The Government of Canada is committed to making this right for its employees.

Today, the Government reached another milestone in its ongoing efforts to eventually replace the Phoenix pay system. Following an innovative and agile procurement process that sets the template for transformative technological change, the Government has selected Ceridian, SAP, and Workday as the qualified vendors. These vendors will continue to work with the Government to identify the path forward for the Next Generation solution, in preparation for the replacement of Phoenix.

For the past year, the government has been asking vendors to prove their capacity to deliver through a series of three increasingly complex stages (or gates). Throughout the process, the government engaged closely with bargaining agents, technology providers and, most importantly, public service employees. From January to April, in-person and digital User Expos were held across the country to gather insights from thousands of employees on potential features of a new system and for them to provide feedback.

Bargaining agents, notably the Professional Institute of the Public Service of Canada representing government IT professionals, have been closely involved throughout the process and the government is committed to continuing to work with them in the next stages of the project.

The next step will be to establish partnerships with one or more of the vendors for the co-design and the delivery of pilot projects, to test solutions against the real complexity of federal government HR and pay needs. The government will continue to engage with employees and bargaining agents in an open and transparent manner, so that the new solution addresses the needs of a modern public service.

“We’ve learned the lessons of the past and have radically changed the way we are pursuing a modern, user-friendly and mobile HR and pay solution. We’re investing the time and resources to make sure the solution fits the needs of our employees. Our world-class public service deserves no less.”

- The Honourable Joyce Murray, President of the Treasury Board and Minister of Digital Government

“Our Government is committed to finding a system that meets the needs of employees, in the most efficient and cost-effective manner. To support this goal, we are taking an agile procurement approach that includes continuous collaboration with industry, government departments, unions and employees at each stage of the process.”

- Steven MacKinnon, Parliamentary Secretary to the Minister of Public Services and Procurement and Accessibility

“This is another encouraging step on the long road to a new, reliable pay system. The consultation process has been productive and our members will continue to participate in ongoing piloting and testing. I will remain vigilant that the work to replace Phoenix remains on track and is a top priority.”

- Debi Daviau, President of the Professional Institute of the Public Service of Canada