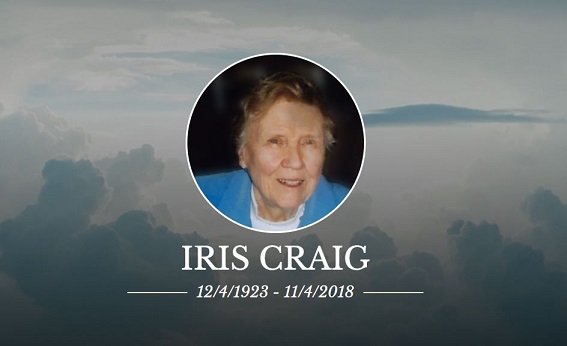 It is with sadness that we announce the passing of Iris Craig November 4, 2018.

One of the Institute’s longest-serving Presidents, Iris Craig was first elected President on January 1, 1986 and retired on December 31, 1993. At that time, PIPSC represented 34,000 members under 52 separate occupational groups under 13 different employers.

Iris led PIPSC during difficult times when the public service was cut back to mid-1970s levels, and the government threatened to cut 2,000 jobs for every 1% gained at the bargaining table.

On the day the House of Commons resumed in September 1990, 20,000 public service employees converged on Parliament Hill to protest the government’s back-to-work and wage freeze legislation. In 1991, the CS group and the 4,000 members of the Auditing Group (who had just joined PIPSC in 1988) went on strike.

Under Iris’ leadership, the Institute lobbied for the creation of National Public Service Week in 1992.

Under the theme, “Dialogue with Canadians,” a series of pamphlets, “They Work for You”—profiling the work of individual PIPSC members in different occupations – was published and distributed to every Canadian university, public library, and Member of Parliament.

Appointed by Prime Minister Brian Mulroney to the Advisory Committee on the Public Service Superannuation Act, Iris defended members’ pensions as the Act was reviewed.

For several years, Iris presented an annual report, “Dialogue with Parliament,” to the federal government, which covered such issues as public service cuts, outsourcing, public science, pensions, pay equity, whistleblowing, and deprofessionalization of the public service.

Before becoming President, Iris served as Vice-President for nine years and as Finance Chair for eight years.

Iris worked as a biologist at Agriculture Canada for 25 years. Her work involved fundamental and applied research in plant breeding on cereal crops, and her research was published in many scientific journals.

Active in the community, Iris served on the Board of Governors of Carleton University and the Board of Directors of the United Way for many years.

The Institute extends its condolences to Iris’ family and to the many friends and colleagues who were privileged to know her.

Condolences and memories can be expressed online.